OpenAI has recently unveiled the next generation of conversational AI models, conveniently named ChatGPT and built on the robust infrastructure and capabilities of GTP-3, the US company’s most advanced algorithm of the moment.

ChatGPT is an artificial intelligence tool that feeds on natural language data to generate answers to questions of all kinds. These answers are generated from a combination of data and machine learning algorithms provided to the AI until mid-2021, so, in general, the system does not have up-to-date information to answer about current events, or at least not in detail. Still, the GPT-3 model on which ChatGPT is based is capable of understanding the context of a conversation and generating tremendously relevant responses, which has just paved the way for it to be used to create a whole new generation of chatbots, virtual assistants and other AI systems.

While more than a million people had already tested ChatGPT during the first weeks of its public launch, on a beta basis and available for any user interested in asking anything in any language and stretching to the limits of imagination the conversations that can be had with this new AI interface, the potential that the industry and the business ecosystem is beginning to see in such advanced models of conversation from a natural language algorithm is enormous.

In the area that interests us, the development of applications and services to improve the infrastructure and capabilities of the cities in which we live, ChatGPT represents an opportunity to introduce citizen services in e-governance environments that have not had the opportunity to come to light so far. Let’s think, for example, about how a citizen attention service can improve with all the potential that ChatGPT provides when it comes to attend, in a colloquial language if necessary, with a naturalness expressly sought to awaken trust and certain empathy in their interactions and conversations, questions about any topic in any area and regarding any incidence of what happens in our city.

Do we need to carry out procedures with our city council but we do not know where to start to request papers or permits? An interface with ChatGPT answers you practically like a human operator, faster, with the same naturalness (counting on its evolution and gradual improvement since the current beta version) and much more empathically than the current chatbots whose phrases are predesigned and do not leave the established script for a series of very specific queries and in very small areas.

In some way, the integration of an AI system such as ChatGPT in citizen assistance environments, on the websites of city councils or city service management companies, will open the door to being able to deliver information with a much wider range of data, with the possibility of interconnecting aspects of the query beyond a simple interactive menu and with the ease with which ChatGPT’s AI can find solutions to complex queries for more complex personal situations that only a human operator can understand. That is, ChatGPT has the ability to develop answers to queries that are not located in a single database, or in a single menu of company or municipality FAQs, as it can cross-correlate queries in many areas within the Smart City parameters that municipal decision-makers allow it to access, and, with this, be able to solve a problem in which it is necessary to cross-reference census data with employment data plus information on family allowances, electricity or water consumption and social reports that can then allow a decision to be made regarding a subsidy for one family or a job for someone from another.

The question is not only that the municipal databases are interconnected with each other and a human operator is able to cross-reference the relevant information to be able to solve a query with a certain level of complexity, but that an AI like ChatGPT can, for the time being and due to its prospects of use, allow an assistance conversation with the user regarding all these issues in a transversal way, with the ability to understand the relationship between so many aspects of the life of a citizen who seeks a solution to a problem that goes beyond consulting a simple electricity bill or the cost of some tax.

It is therefore a matter of seeing that we have reached a technological level in which the use of artificial intelligence when relating data and presenting them in a natural way to the consultant brings us closer to a model of digital governance of our cities close to what we could have if hundreds of human operators in public services could simultaneously enter the databases of the city services and correlate all the available (and public) information on a citizen to solve a complex query. In the end, this is what it is all about, a use to deliver an answer that far exceeds the capabilities of the current interactive menus or chatbots of most companies, and that are tremendously frustrating because we have no way to get out of them to talk to a human agent. 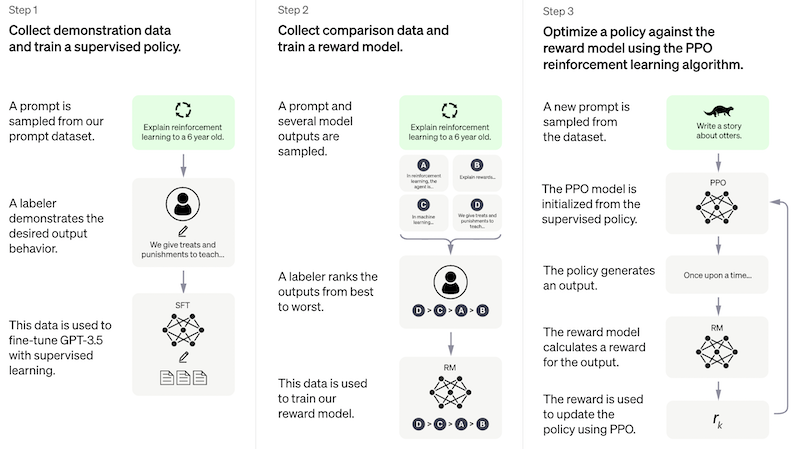 Obviously, the integration of ChatGPT must also allow referral to a human agent when required by the querent, and perhaps the best thing about this new AI model is that it would naturally understand why we ask it to refer us to one, since it has been built to be able to empathize or, at least, to respond in a way as similar to how any of us would respond to a person who refuses to feel served by a machine and seeks an emotional connection with someone who understands “their problem” and who will help them solve it.

In fact, the evolution of ChatGPT will allow the moment to come when any query we make, however far-fetched it may be, will have an almost immediate solution through the algorithm, and it will be difficult to distinguish whether there is a human operator behind the screen who is answering us or it is still the AI that has given us, in a tone and with a language indistinguishable from that of a person, the answer(s) we were looking for.

For the management of a Smart City, where thousands of daily requests can be received as more services become their “smart” counterpart, the fact that everything can be accessed through mobile or computer applications makes the help to citizen care teams that ChatGPT can provide invaluable. Not only because a normal city council may have resources to have only one or two people in this type of citizen service departments, but also because, in addition, operators will need more time to consult and relate to each other the different data that the person requires, we say again, for queries that go beyond a simple consultation of a consumption or a simple and routine procedure.

For municipal utilities that also have to manage hundreds of registrations, changes and cancellations per day, readings of consumption parameters, billing and collection systems and claims, complaints and queries, it does not seem particularly difficult to see the enormous help that an IA system like ChatGPT can provide in the coming years. Bearing in mind that, in addition, its programming, servers and connectivity do not need to rest or reduce the rate of requests at any time while it has the capacity to operate 24 hours, it is not necessary to wait until the next day if it is eight o’clock in the evening to resolve a doubt or present a problem to your municipality that urges you, but whose citizen service is only available, as is obvious and natural, during the opening hours of the officials or staff assigned to it.

It is always a matter of seeing the potential of technological tools to provide solutions to potential situations and optimize the way in which we relate to the services and infrastructure of our smart city. ChatGPT is perhaps just one of the systems that can now provide a qualitative leap in the digital governance of many small and large cities, with more or less resources allocated to citizen services, and with the guarantee that frustration with the use of limited chatbots will almost completely disappear as soon as this AI model comes out of beta and has evolved into a complete assistance solution in any area of urban management for which it is programmed.